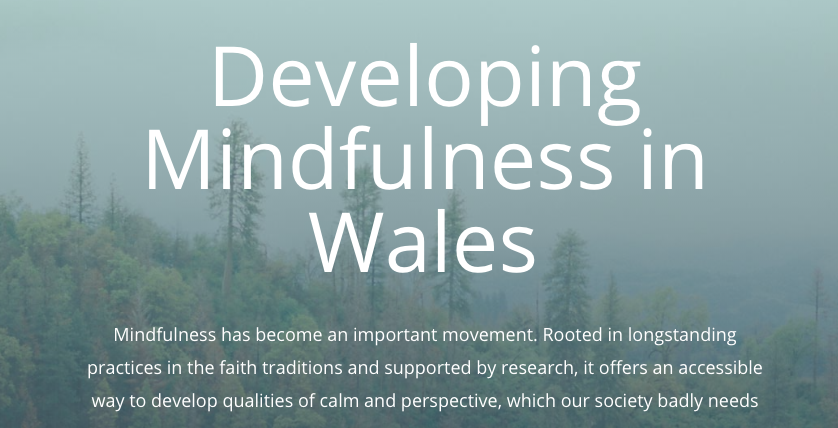 Background to the conference.

The Centre for Mindfulness Research and Practice (CMRP) at Bangor University was the first Mindfulness Centre in UK, and has been taking a leading global role in researching and promoting mindfulness for more than 20 years. Around ten years ago, Lord Richard Layard and Welsh MP Chris Ruane were instrumental in setting up the All Party Parliamentary Group (APPG) in Westminster. This reviews scientific evidence and best practice in mindfulness training, develops policy recommendations for government, including the Mindful Nation UK report 2015. It also inspired Well-being of Future Generations (Wales) Act 2015 which requires public bodies in Wales to think about the long-term impact of their decisions, to work better with people, communities and each other, and to prevent persistent problems such as poverty, health inequalities and climate change.

At the conference, the first minister of Wales, Mark Drakeford, gave clear support for the embedding of mindfulness into the main social structures of the country. Simon Dean, deputy CEO of NHS Wales, is a graduate of the Mindfulness Based Behavioural Insights course, which is made available to all civil servants working in the Welsh assembly. He shared his vision for Mindfulness Based Initiatives in the Health Service.

Their website www.walesmindfulnessnetwork.org shows how over the last seven years over 200 participants have been involved in the training in Wales, which has developed the Mindfulness Based Behavioural Insights and Decision Making (MBBI) programme. This is psychologically and neuro-scientifically informed to support leaders and staff in the following ways:

·         a) Develop an understanding of the mind which is more social and contextualised, leading to:

·         b) Better relational working by supporting perspective taking, increased empathy and awareness of their own and others’ biases,

·         c) Reduce stress by address its root causes – the links  between emotions and cognition which filters our understanding.

.         d) Once people developed knowledge and skills in these areas, they were able to change their working methods to address bias, build relationships and reducing stress.

I hope that The Sussex Mindfulness Centre (www.sussexmindfulnesscentre.org.uk) will work will local government to improve our local NHS and other services in the way that Wales is doing. We at www.prescribe.fitness would like to collaborate with them to this end.