Open letter to leaders of organisations and people campaigning for better mental health. 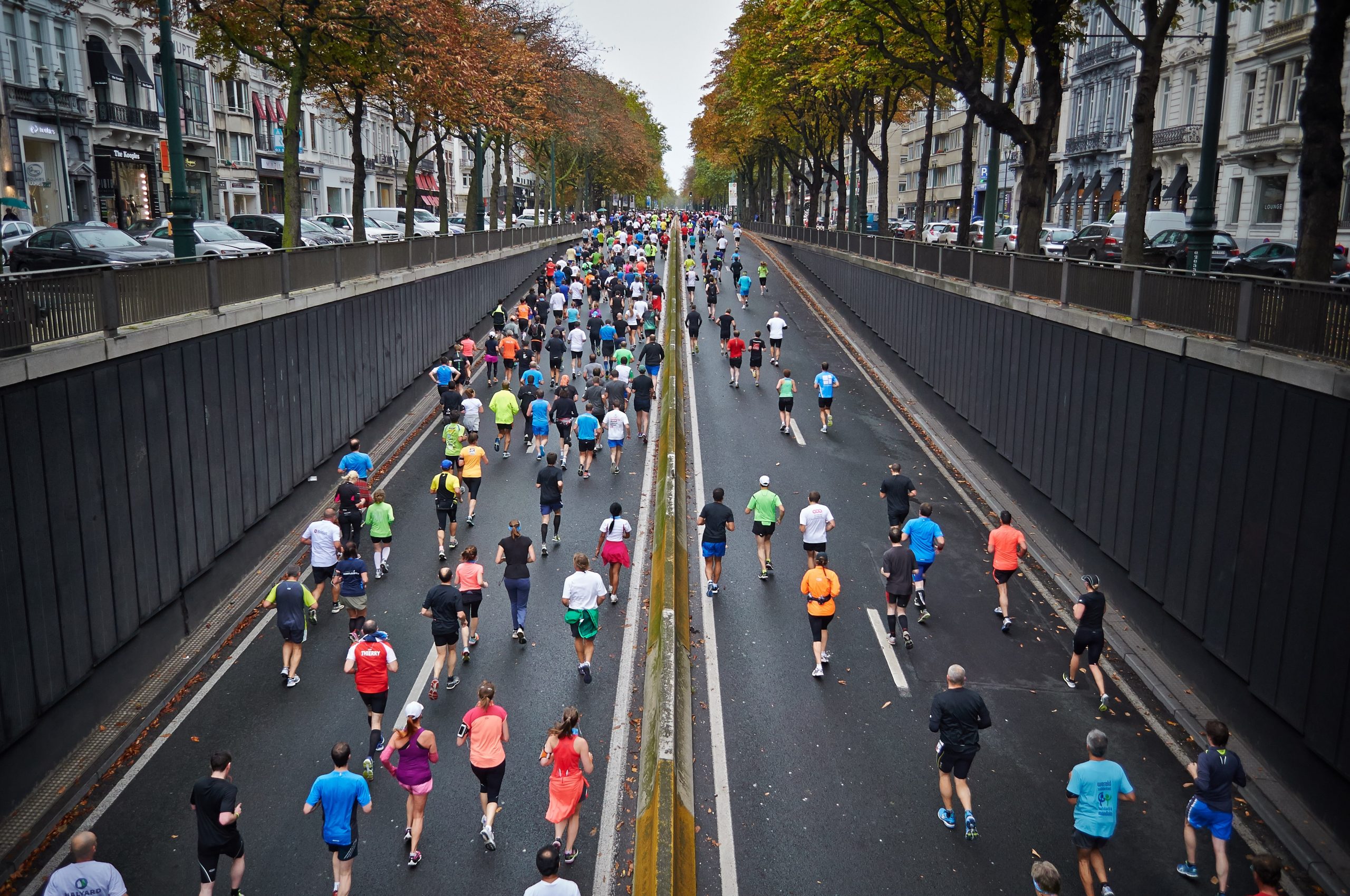 Open letter to leaders of organisations and people campaigning for better mental health. 11.11.19

Figures and costs shown are for England nationally, and Brighton and Hove locally, being an average local authority.

1 What is your proposal?

Please will you and your organisation support CASPOTT’s PRESCRIBE FITNESS CAmpaign for Social Prescribing Of Talking Therapies    (CASPOTT) www.caspott.org.uk  This is a blue print for an innovative system to improve mental health and reduce health inequalities by enabling vulnerable patients to access drug free social interventions (such as exercise and yoga classes) which the rich pay for, and avoid inequalities by living free of long term conditions for 20 years longer than the poor, and by living 10 years longer on average, according to the Marmot report findings in 2010. It could piloted on a micro-scale in a single Primary Care Network of 6 GP surgeries for £1 mpa, treating 1,000 vulnerable patients annually with 200 hours of exercise and yoga classes.

2 What is the national problem that this proposal seeks to solve?

Overprescribing of drugs, polypharmacy, and inability of GPs to prescribe NICE recommended talking therapies, such as mindfulness classes. Jeremy Corbyn launched the Labour party manifesto saying ‘the NHS is not for sale’, but both Labour and Conservative governments ‘sold’ the prescribing system to the American drug companies in 1948, and have since unquestionally allowed prescription drugs to have a total monopoly of treatments prescribed in primary care,  as the only treatment that GPs can write prescriptions for is drugs. Labour introduced the Improving Access to psychological Therapies (IAPT) programme with all party support in 2006, which now treats about 0.5 million patients annually, but GPs cannot prescribe talking therapies, but only refer patients to be assessed in secondary care after a Referral to Treatment (RTT) wait of at least 6 months.

This government bias in favour of drugs, and in neglect of talking therapies, has resulted in the number of monthly drug prescriptions rising exponentially in England to exceed 1 bn in 2016/17, so that an average of 2 prescriptions continuously are now being written for every man, woman and child of our 57 million. Having no other treatment to offer patients, GPs know that they are massively over-prescribing, but can do nothing except vote with their feet and retire early at an average age of 55.

These drugs now cost the taxpayer £18bnpa, and are being sold on the black market, and are doing more harm than good to patients with side effects, addiction and polypharmacy. Adverse drug reactions now annually hospitalising millions, and kill thousands prematurely. Yet brain drugs (such as antidepressants and antipsychotics) do not even claim to cure mental distress, but just mask the symptoms, but are prescribed so widely that more than 7 million are on them against NICE guidelines.

Neuroscience research (mostly done in the USA and paid for by insurance companies) increasingly shows that mindfulness-based talking therapies are highly effective in rewiring people’s brains to cure trauma by neuroplasticity, as witnessed by the corporate sector promoting them to their staff to increase productivity. However, despite the UK government pledging more than £20 bnpa more to the NHS, of which £2 bnpa is for mental health nationally, (£10mpa locally), these interventions are not yet available to the 7 million vulnerable patients (35,000 locally) now taking antidepressants against NICE guidelines on GP prescription.  This proposal would remedy this problem.

3 What is CASPOTTs proposed solution?

b)This can be achieved by expanding the existing social prescribing system, which is already funded in the NHS long term plan, by the directors of Primary Care Networks (PCNs) and link workers, who are already employed to sign post vulnerable patients to therapeutic social interventions (such as health walks) provided by the Community and Voluntary Sector (CVS) However, this system at present relies on charity, and social interventions are not free at the point of use, excluding the poorest patients, who need them most.

c)CASPOTT says that all therapeutic interventions should be free at the point of use, and that the NHS should pay for them out of taxation, like drugs.

4 How would this new social prescribing system work?

CASPOTT’s proposal is for a new, parallel system of drug-free, social prescribing of therapeutic social interventions such as exercise and yoga classes, hereafter called ‘these classes’ to be created, whereby:

a)GPs would give social prescriptions to vulnerable anxious and depressed patients, which they could

b)Exchange for up to 80 hours of these classes over 2 months (up to 9 hours per week),  at licenced Community Care Centres,

c)Provided by licenced existing providers, who would be awarded a licence to teach patients on GP referral.

e)To make the system self regulating, protecting patients and taxpayers, the patient would have to sign the used prescription form certifying that the intervention was satisfactory, and that they would recommend it to their friends and family before the provider could be paid.

f)The provider would send the signed prescription forms to the NHS accounts department, claiming payment for the hours taught at the tariff price.

g)The NHS accounts department would pay the licenced provider, (as pharmacists are paid for drugs) who would pay the therapist who provided the intervention.

5 Who has the power to implement this proposal?

The councillors on Health and Wellbeing Boards (HWBs) of Local Authority Councils, who are (or should be) in charge of the health budgets of the 220 Clinical Commissioning Groups (CCGs) totalling about £80 bnpa nationally, and around £450 mpa for an average size council like Brighton and Hove.

a)CASPOTT is calling for a policy of ‘medication to meditation’, whereby money is gradually transferred to the social prescribing budget from the drug prescribing budget, which is now around £90mpa locally for an average council, and £18bnpa total nationally. This is about £320 per head of the population, all of which at present goes into drugs, with the adverse effects mentioned above, with nothing significant being spent on social prescribing.

c)This funding could annually provide 5 million depressed patients in England  with £2,000 (200-400 hours annually, or 4-8 hours per week) worth of social interventions, such as exercise and yoga, which would dramatically improve their mental health, and reducing health inequalities.

d)This would halt and reverse the overprescribing, and cure the crisis in primary care by empowering GPs to revert to doing what their name implies (teaching patients how to live healthily, as the word ‘doctor’ comes from latin ‘doctare’ to teach) instead of just being pill pushers for the drug companies.

I piloted this scheme at 3, Boundary Rd Hove from 2012-15, which showed that there is demand and that 7 What pilot schemes are there to show that this would work?  mindfulness with supporting active meditations are effective. I have heard of lots of micro schemes, such as Bromley by Bow in London (www.bbbc.org.uk) and Collumpton surgery in Devon, and I have been told that GPs are givings gym memberships to patients in some places. I have proposed a business case for a pilot scheme for about £300kpa to treat 300 patients annually at Essence, Hove, see paper  9.117 of www.reginaldkapp.org, and a cluster-wide scheme in West Hove for £1mpa to treat 1,000 patients annually above Wish Park surgery, at 191, Portland Rd Hove see 9.136 of www.reginaldkap.org. These schemes could easily be adapted for other sites.

8 How can the HWBs and CCGs be influenced to make this change?

They just need the political will, as no legislative changes are needed, as councilors on the HWBs already have the statutory power under the Health and Social Care Act 2012 to call the CCGs to account to work with them to implement the above policy. However, the more public support there is for CASPOTT’s aims, and lobbying, the more likely they are to implement this. Somebody has to be first, and then it is likely to snowball. I am therefore writing to all mental health charities to work together to lobby for this change, as Time to Change successfully did years ago.

Please register support on the website www.caspott.org.uk, and forward this information about CASPOTT to other people who might be interested, so we can gather momentum for change. I am also asking for patronage and sponsorship. Earl Howe (who supported the Health and Social Care Act 2012 through the house of Lords suggested that I should ask Lord Lansley (health secretary 2010-12 who lead it) to patronise CASPOTT, which I have done, and await his reply.